In the late 90’s a character named Blaine Martin found himself in need of a new profession. Blaine was a little bit PT Barnum, a little bit Waylon Jennings. He was pretty sure that he’d learned enough in every bar that he’d ever been ejected from to know what a real Texas Honky Tonk should be like.

Blaine’s Pub was kinda ‘reverse engineered’ from the jukebox. Every body has different tastes in music but everyone (or at least everyone you might wanna have a beer with) agrees on Waylon, Willie, and Merle. From the cowboy to the biker to what passes for the white collar types around here, everyone likes Classic Outlaw Country. Or if they don’t, they don’t say so real loud.

So ol’ Blaine found a place HE would like to drink beer in, fixed it up like HE liked it, loaded a jukebox with the songs HE wanted to hear, and served beer at the temperature HE liked to drink it at.

Pretty soon he was drawin’ a crowd. He built a stage and started booking live music. And here’s where the ghost of Bob Wills really smiled on the whole deal… the rise of the pub coincided with the rise of Outlaw Country’s only legitimate heir,Texas Music. Blaine liked the sounds of young performers that sent him tapes, kids named Pat and Jack and bands like Cooder Graw and CCR, he booked ’em and they grew right along with the reputation of Blaine’s. And through weekend after weekend, show after show, Blaine’s little pub secured a place in the hierarchy of the Texas Music scene.

Blaine decided to sell the pub in 2006… to another equally interesting character. Steve Brown is an Oil and Gas guy out of Midland, and he believes as Blaine did that what the pub has become is bigger than who’s runnin’ the day to day operations. It’s the spirit of fun and the love of that music that everyone can agree on, and it ain’t gonna change. The Pub’s hold on Texas Music remains, with a steady stream of old favorites – and ones that will be – playing just about every weekend.

Blaine has gone on to that big honkytonk in the sky, but the pub that bears his name and still has his attitude is alive and well. There’s still no Karaoke, no blenders, no dart boards and the parking still sucks.

Blaine did in fact set an official Guinness World record for longest continual Ferris wheel ride in a fundraiser for the food bank. Willie Nelson called him on his cell while he was up there.

At least two songs about Blaine’s have been written and recorded.

Merle Haggard has been in the pub, more than once. 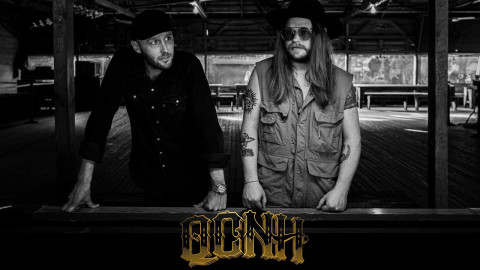