With the release of Dandelion, Bart Crow has positioned himself for the breakthrough his fans have long known was coming. Regarded as one of Texas's premier honky-tonkers, Bart has captured in this 14-song CD all the songwriting skill, vocal prowess and blue-collar believability that have made him a mainstay in one of the country’s most demanding and respected proving grounds.

"I've never been so proud of anything I've recorded as I am of this record," he says, and while his earlier CDs produced singles that have spent a great deal of time on the Texas Music Chart, including the #1 "Saying Goodbye," two more Top 5's, one Top 10 and four Top 20's, it's clear that Dandelion fully justifies his increased confidence.

"I surrounded myself with a great team and whittled 78 songs to 12, along with two covers," he says. "We went into the studio and the whole thing just clicked." Recorded with producer (and Pat Green drummer/co-producer) Justin Pollard and members of Green's band, along with keyboardist Michael Ramos and guitarist David Grissom, Dandelion captures Bart's music at its edgy and intelligent best in a truly defining collection.

It includes "Cold Heart," a powerful break-up song awash in storm imagery, "Better Day," a laid-back wish for a way out of the blues, "Dandelion," a love song with lyrical nuance and straight-ahead musical punch, and "Didn't Mean to Break Your Heart," which proves, as Bart does so often, that perceptive lyrics and infectious energy can mingle as sweetly as Jack and Coke. There's also "Swing To The Radio," which sees Bart channeling rockabilly and Dylan, and "If I Go, I'm Goin," a duet with Macy Maloy in which a man, a woman and an old house figure in an emotionally compelling drama amid pure and passionate vocals.

The public's first look at the project came from its debut single, "Little Bit of Luck," an upbeat, infectious gem about the ever-uplifting possibilities of love.

Overall, this is a record with all the power and subtlety Bart's fans have come to expect from him, capturing the essence of the man whose ability to burn it up on the road nearly 200 nights a year has earned him accolades in Country Weekly, American Country, Music Connection, AOL's The Boot and many others.

The foundation on which it all rests, though, is his songwriting.

"It starts with the pen and notebook," he says. "That was always my focus—writing as much as I could. In fact, I make writing ten times harder than it needs to be because I'm so hard on myself."
Bart began taking songwriting seriously while at Tarleton State University in Stephenville, Texas, as he took his first real steps as a performer.

"I kept a journal in the Army and I went back into that and moved some things around and made a couple of songs up, not even knowing what to do or how to do it," he says. "Then, one day I said to my friend Jason Boland, 'I think I'd like to try my hand at this. I've got this book of songs I've been writing.' He said, 'Why not? We have the rest of our lives to be old and boring. Might as well do it while you can."

Bart went for it with the single-minded energy of the true believer, and before long, a friend booked him for an acoustic show at The Agave Bar, next to City Limits in Stephenville.

"A lot of my friends from school showed up, and that was it,” he says. “The fuse was lit."

It was a huge turning point, the pivot between his native Maypearl, a farm town of less than a thousand, forty miles southwest of Dallas, and Austin, the hub around which Texas music spins.

His early years had exposed him to plenty of great music.

"My dad played in a dance hall cover band," he says, "and we had a lot of records, cassettes and eight-tracks. He was an enormous fan of George Strait and he was always learning Top 40 country, so I heard a lot."

By high school, Bart was playing a little guitar, although, he says, "I never even remotely took it seriously." But then he rediscovered some of the country he'd grown up on—Haggard, Jones, Coe, Conley—just as he was learning through friends about classic '70s rockers like Boston, Kansas, and Lynyrd Skynyrd, as well as Metallica, Pearl Jam and Alice in Chains. Then, in the Army, he was introduced to the music of Robert Earl Keen and reintroduced to Jerry Jeff Walker, and it all came together.

"I began listening seriously," he says, "and reading the credits on everything." He bought a chord book and expanded his guitar playing, filtering everything he loved—Waylon to Otis Redding, Keith Whitley to M. C. Hammer—through his small-town upbringing and country sensibilities. When he got home, he took part in all-night jams with some of his father's friends. In college, he played acoustically, then joined a band, playing regularly every weekend by his senior year, including a stint opening for Kyle Hunt that he still cites as one of his best learning experiences. He juggled day jobs and music for a time, then left once and for all for Austin with his soon-to-be wife Brooke.

"We loaded everything we had on a flatbed trailer. We had $2,250 between us and we moved to Austin with a lot of prayer and a lot of fear." They found a $600-a-month apartment and Bart worked part-time day jobs during the week and hit the road every weekend. The two barely scraped by.

"I didn't have a CD out I didn't have a booking agent," he says, "but I figured I controlled my own destiny. I spent a lot of time calling venues, leaving voice mails, being too stubborn to take no for an answer. I'd go somewhere where it cost me $200 so I could make $50 bucks, just so I could keep playing. Even in the days when we were broke, I knew that if we would play the right songs and do the right things, people would come see us. Then the money, the merchandise sales, the popularity would follow."

Gradually the pieces fell into place. With each CD, airplay and word-of-mouth grew. Wes McNew, a booker, caught his show and got to know Bart, then convinced his agency to sign on with him. Bart made friends with fellow Texas-circuit mainstays like Randy Rogers and the Eli Young Band and began opening for bigger acts. The money got better.

"Whenever I grumble about the travel to a good-paying gig," he says with a smile, "my wife tells me, 'Don't forget when you used to say, 'If I ever get to where I can pay a hundred dollars a band member, we've made it!'"

Then, Jon Folk of Red11 Music in Nashville signed on and Bart took yet another big step up.

"Jon and I became buddies, just a couple good old boys from Texas," he says, "and I started going to Nashville to hang out with him. He loved who I was, my beliefs and dreams and work ethic. He became my number one supporter."

Folk set up writing appointments with top Nashville tunesmiths like Trent Willmon and Trent Summar—both of who are represented on Dandelion along with Texas hitmaker Mando Saenz. Then, Bruce Kalmick came on board as his manager and the team was complete.
"Finally,” he says, “I could concentrate on what I do best, singing and writing songs, and hand off the business to a great team."
All of which put him in the perfect position to deliver the album of a lifetime. Choosing producers was next.

"I was going to test the waters by doing a couple of songs with each of several producers. As fate and luck would have it, Justin Pollard's dates came up first. I sent him roughs of four songs, and then we went into the studio and he and his team played me their ideas and things started happening. From the beginning, there was great musical chemistry."

By the end of the first day they had cut two songs and, he says, "By the second day I'd decided things were going so awesomely that I would just cancel the other producers."

Now, with Dandelion under his belt, Bart is ready to take the music on the road, to old and new fans alike. There is no doubting the work ethic he'll be operating with—told to take six weeks off after neck surgery in 2010, he took two, then played for a time on a stool, wearing a neck brace.

At this point, he hits the road a deeper, more seasoned artist, one who can capture the truth of life's complexities and deliver it compellingly.

"I like to make you think a little, or paint a picture that's relevant," he says. "No matter how rowdy the crowd, I try to make sure my songs have both brain and drive. I want to be able to look in the mirror and say I did the best I could."

And with Dandelion capturing the essence of that conviction, Bart is convinced his team can help him do the rest.

"These guys have kicked ass," he says, "and I sing their praises from the mountaintop. I'm in the best position I've ever been in career-wise, and I just made the best record I could. The sky's the limit." 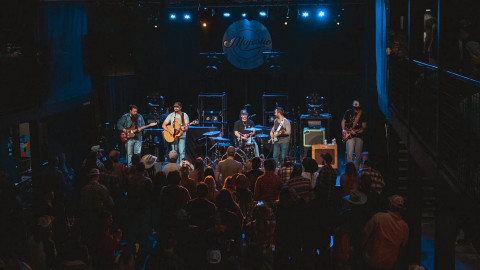 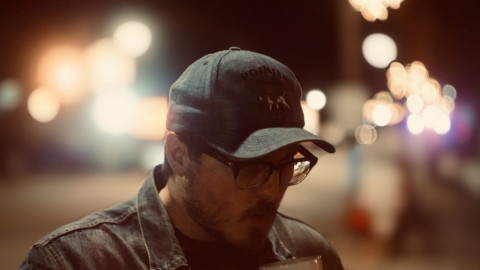 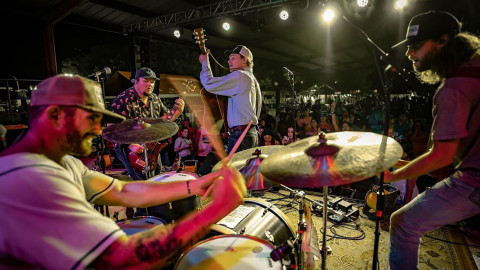 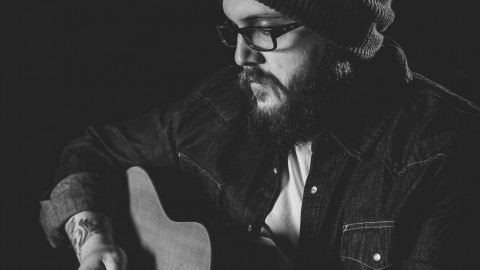 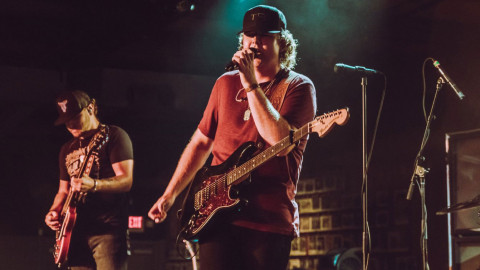 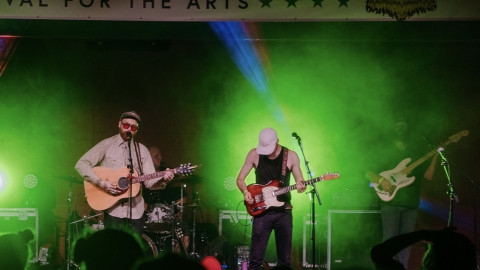